Urological cancer are cancers that affects the kidney, bladder, prostate, testicles or penis. These cancers are becoming more common, especially that of the kidney, bladder and prostate and they are now amongst the top 10 cancers in Singapore. As with all cancers, the best chance of cure is when the cancer is detected and treated at an early stage. 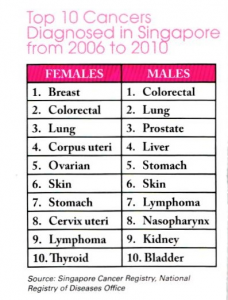 Kidney cancer does not always cause symptoms especially when they are small. Increasingly, such small kidney tumours are discovered on routine ultrasound screening.  If large, the symptoms include:

The incidence is increasing. It generally occurs in people in their 50’s and 60’s and men are affected twice as often as women. Smoking and obesity are among the risk factors.

Although kidney cancers can be seen on ultrasound, confirmation is made from the CT scan which will show the tumour as well as if there is any spread to the lymph nodes or lungs / bones. Biopsy is not usually done because of the risk of spreading cancer cells along the biopsy tract. Also, the sampled tissue often do not show cancer cells, i.e. high false negative rate.

Surgery is the primary treatment. Depending on the size of the tumour, partial excision may be possible, especially if it is < 4 cm in size. Depending on the location, laparoscopic or robotic method may also be feasible.

Larger tumours > 4 cm (Stage I & II) are usually treated by:

Advanced tumours (Stage III & IV) which have spread out of the kidney cannot be cured but may still be suppressed by:

These drugs are administered by an oncologist. In cases which show a good response to these drugs, radical nephrectomy may subsequently be attempted.

The common symptoms of bladder cancer are:

Smoking is the biggest cause of bladder cancer in the developed world and men are affected more than women.

Ultrasound examination of the bladder can only detect tumours that are at least 1 cm in size.  Smaller tumours will require direct cystoscopy. This is easily done under local anaesthesia and a biopsy of the tumour will confirm the cancer. Urine for cytology may not show cancer cells, i.e. false negative and should not be relied on.

Surgery is the primary treatment. Depending on the stage and grade of the tumour, a number of treatment options are available.

Muscle-invasive cancers (T2 & T3) require more drastic treatment as they have a tendency to spread to the lymph nodes. They require:

Advanced cancers (T4) cannot be cured and carry a poor prognosis. If they cause repeated haematuria, palliative options include:

The majority of bladder tumours can be managed using cystoscopic resection (TURBT) even if they recur. More advanced and aggressive tumours will eventually invade through the bladder and require total removal of the bladder by means of open surgery or robotic-assisted laparoscopic surgery followed by systemic chemotherapy or immunotherapy.

Prostate cancer generally does not cause symptoms in its early stages, but when symptoms occur they are:

It is important to note that these symptoms are mostly caused by benign prostate enlargement (BPH) or prostate infection.

It is very rare in men below the age of 40 and becomes increasingly common after the age of 50 years. Other risk factors include:

A blood test called Prostate Specific Antigen (PSA) is the most common way of picking up prostate cancer.  Cancer is supected when the PSA is > 4 ug/L  although large benign prostates and prostatitis (infection) can also cause a similar rise. A digital rectal examination will help improve the detection rate. If a hard nodule can be felt, cancer is likely and biopsy is mandatory.  Ultrasound usually does not show any diagnostic feature unless there is a large cancerous nodule.

The diagnosis is confirmed with a biopsy obtained using a trans-rectal ultrasound scan (TRUS).  This is easily done in the clinic under local anaesthesia and antibiotic cover. Thereafter, a MRI scan is done to stage the cancer and assess for any spread to the lymph nodes. A bone scan is usually indicated if the PSA level is > 10 ug/L or if the histological grade is Gleason 8 and above.

Treatment depends on a variety of factors, including the age and fitness of the patient, grade and stage of the cancer.

For organ-confined cancer (T1 & T2), the treatment options include:

Surgery still gives the best cure rate despite its risks. With the robotic-assistance method, radical prostatectomy is now a less bloody operation with better outcome in terms of faster post-operative recovery, higher oncologic clearance, lower incontinence and impotence rates. Radiotherapy is a viable option in older men who are not fit for surgery, but brachytherapy and HIFU are still new and may not have durable results.

For locally-advanced cancer (T3), although this is usually regarded as not curable, good control can still be achieved from: 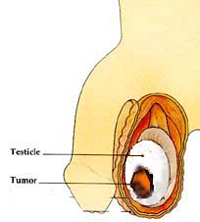 Testicle cancer predominantly affects young men. The peak age is between 20 and 35 years. The prognosis is usually excellent with a cure rate of over 90%.

The diagnosis is confirmed by an ultrasound scan. Staging is made by means of CT scan. Blood test for tumour markers are also done to help determine the cell type and prognosis.

The initial treatment is surgery to remove the testicle (radical orchidectomy). Patients may then be offered radiotherapy or chemotherapy depending on the tumour type. Prior to treatment, sperm banking is done for men who still wish to have children. 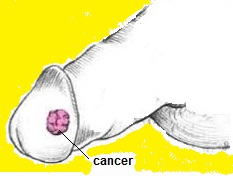 The first signs of cancer of the penis are usually changes in the foreskin:

Penile cancer is a rare cancer and mostly seen in men over 60 years old, smokers and those who are uncircumcised. A biopsy from the lesion will confirm the cancer. Any lymph node enlargement in the groin also needs to be biopsied to confirm if the cancer has spread there. MRI or CT scan is needed to confirm the stage of the cancer.

Early treatment gives the best chance for cure. The options are: